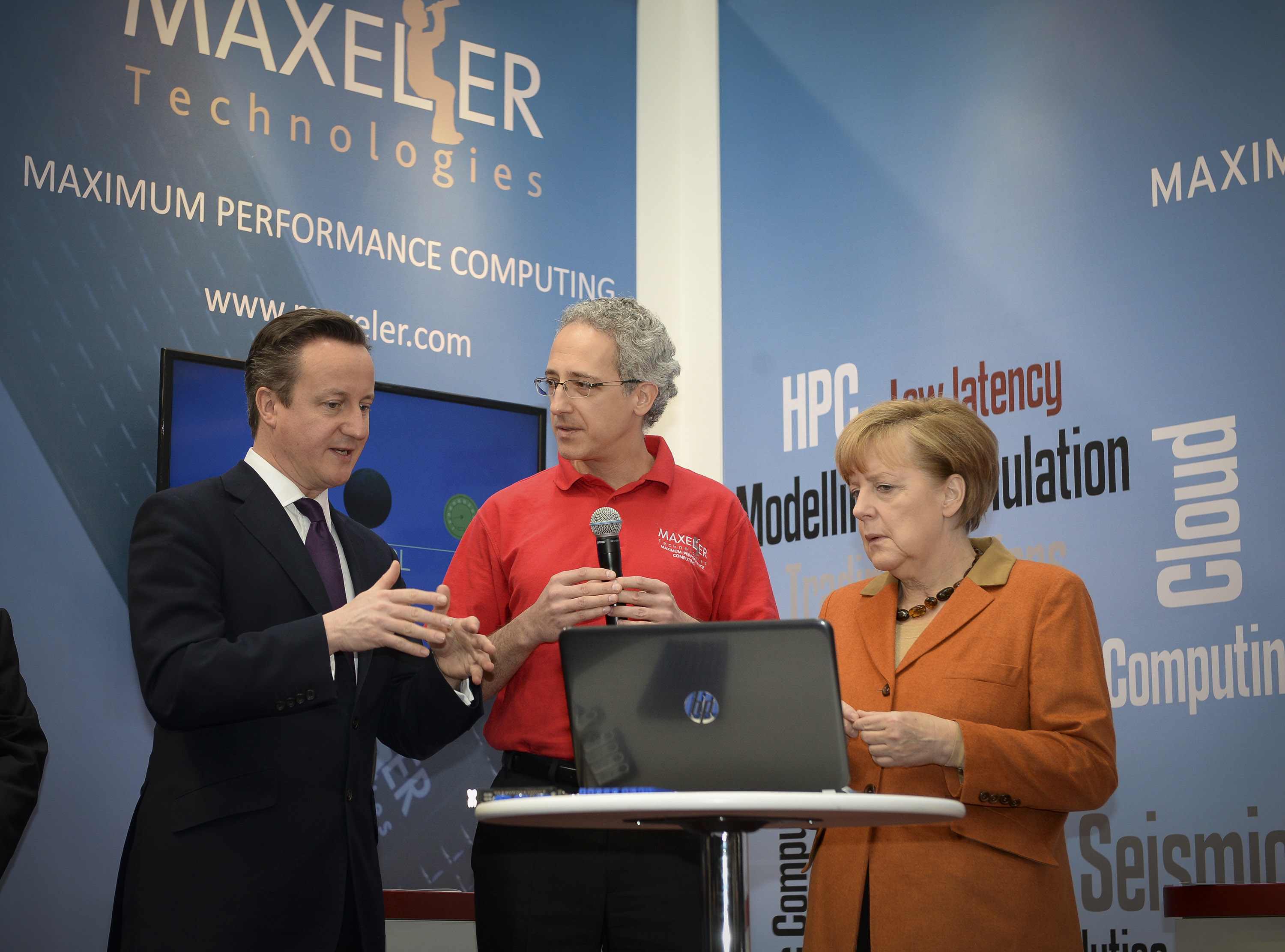 Oskar Mencer, Maxeler CEO, spoke at length with the two world leaders  about the design of dataflow engines and its particular use in the finance  industry where stock exchanges and banks employ the engines to accelerate  risk analytics in real-time. Dr. Mencer said of the visit, “to have two world  leaders visit our company stand and appreciate the significance and  opportunity that spatial computing presents was a great honour.” In  organising the visit, UKTI Tradeshow Director Ron Archibald said, “UKTI is  delighted that Maxeler has exhibited at UK Partner Country at CeBIT.  Maxeler has cutting edge technology for handling massive data flows, a  subject at the heart of this year’s CeBIT. Maxeler develops and  manufactures in London and is a great British success story. UKTI looks  forward to working with them on other events to build on their  international success.”

Promoting dataflow computing doesn’t stop here, “We know this is a great solution as its already deployed in many sectors including Oil & Gas and Finance. What’s on the horizon is equally exciting too and with the continued support of UKTI we will be able to carry this message forward.” said Glenn Rosenberg, VP of Operations.